Here is upcoming Glasgow Rangers FC schedule (fixtures) as below: 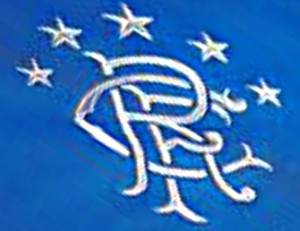 Note: Price for the RFC tickets for Scottish Premier League (SPL), Scottish Cup, Europa and/or Champions League (UCL) is shown in either GBP or EURO. There are no hidden booking fees, no service charges and no other fees but the shipping charge which is sometimes free when self collection is available.

The Glasgow Rangers FC, a Scottish professional football club based in Glasgow, Scotland, who currently play in the Scottish Premier League. The club are nicknamed the GERS, Teddy Bears (from the rhyming slang for the same) and the Light Blues, and the fans are known to each other as bluenoses.

They are sometimes referred to as Glasgow Rangers, although the word Glasgow is not part of the club's official title. The club's home venue is all-seated 51,082-capacity Ibrox Stadium in south-west Glasgow.

For most of their history, Rangers have enjoyed a fierce rivalry with their cross-city opponents Celtic FC, and the two are collectively known as the Old Firm Derby.

As for Rangers football tickets in another language - Billets (French).