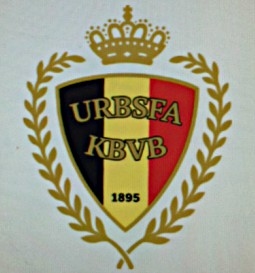 Note: Price for the Belgian football match tickets is shown in either EURO or GBP. There are no hidden booking fees, no service charges and no other fees but the shipping charge which is sometimes free when self collection is available.

Update on October 2013:
Belgium finally earned trip to the 2014 FIFA World Cup soccer tournament in Brazil since 2002. That's last time they appeared in the 2002 FWC competitions.

Update on September 2013:
Belgium are having an excellent chance to earn a berth for the 2014 FIFA World Cup tournament in Brazil based on their team's current won-loss record in this WC Qualify Group.

The Guide to Belgium Football Tickets

PayPal mastercard or credit card or debit card is accepted for your soccer event ticket purchases.

SoccerTicketShop acts as an intermediary between buyers and ticket sellers (defined below) to facilitate the purchase and sale of Belgium soccer match tickets, and as such is not directly involved in the actual ticket sale transaction between the buyers and TICKET SELLERS. All sales are final. As tickets sold through this SITE are often obtained through the secondary market and prices are determined by the individual ticket seller, the prices for tickets may be above or below face value.