Mexico soccer tickets are available for sale. Price for the "El Tri" international football match tickets is shown in USD.

Here is upcoming Mexico soccer schedule as below:

The Guide to Mexico Soccer Tickets 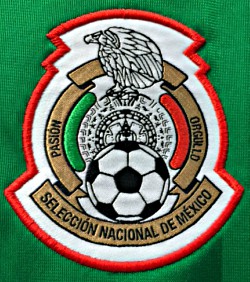 The Mexico national soccer team is one of FIFA members since 1927. They compete in CONCACAF (the Confederation of North, Central American and Caribbean Association Football) matches and FIFA World Cup matches plus the CONCACAF Gold Cup matches.

They traditionally host international soccer matches at the Estadio Azteca.

They are currently one of the strongest CONCACAF teams as of today, and have won 7 Gold Cup titles and 3 CONCACAF championship titles plus 1 FIFA Confederations Cup.

Also, tickets for Mexico vs Brazil or Mexico vs Argentina should be so strong in demands, please do not hesitate and buy this exciting international soccer match tickets!

Our guarantee for tickets to Mexico National soccer match:

If you buy tickets for Mexico national soccer match, and ensure that you receive authentic tickets in time for the event.

Mexico will play New Zealand (NZ) in World Cup qualifying play-off home-away soccer matches, Either NZ or Mexico has to win this playoff matches in order to earn one spot to the 2014 FIFA World Cup in Brazil.

SoccerTicketShop acts as an intermediary between buyers and ticket sellers (defined below) to facilitate the purchase and sale of International soccer match tickets, and as such is not directly involved in the actual ticket sale transaction between the buyers and TICKET SELLERS. All sales are final. As tickets sold through this SITE are often obtained through the secondary market and prices are determined by the individual ticket seller, the prices for tickets may be above or below face value.