Here is upcoming La Liga BBVA schedule (timetable) as below: 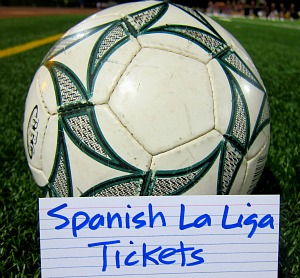 Price for the Spanish league soccer match tickets is shown in EURO or GBP. 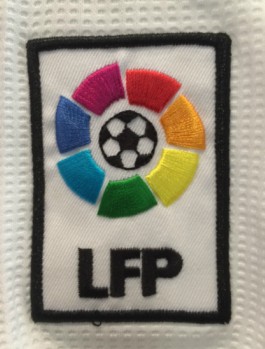 As one of the best soccer leagues in the world, the Primera Division, or La liga, as it is also named, you certainly cannot miss out on a competition of this calibre! It was founded in 1929 and still going strong! Real Madrid as well as FC Barcelona have been champions loads of times!

La Liga is where the Spanish football teams could combine good attacking football with success on the European stage. Barcelona won the Champions League and Sevilla won the UEFA Cup by playing good football in 2008-2009 season. The big two of Real Madrid and Barcelona are always in the hunt fot the title, but the league is far more open than the Premiership - with teams like Osasuna, Valencia, Villarreal, Deportivo and Sevilla challenging in recent seasons. The facts showed why Spanish national team won Euro 2008 Championship and 2010 World Cup Championship then won Euro 2012 title again!

If you are really curious of how the Spanish League will be playing, then shop now and and buy your Primera Division football tickets before they are sold out!

Of course, PayPal MasterCard or credit card or debit card is accepted for your soccer match ticket purchases.

As for Liga BBVA tickets in other language: entradas La Liga.

SoccerTicketShop acts as an intermediary between buyers and ticket sellers (defined below) to facilitate the purchase and sale of LIga BBVA tickets, and as such is not directly involved in the actual ticket sale transaction between the buyers and TICKET SELLERS. All sales are final. As tickets sold through this SITE are often obtained through the secondary market and prices are determined by the individual ticket seller, the prices for tickets may be above or below face value.