Juventus tickets are available on sale. 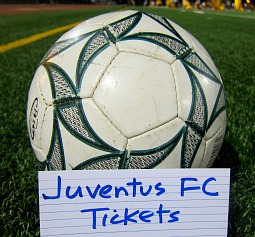 Price for the Juventus soccer match tickets is shown in EURO.

Juve outlasted Real Madrid in semi-final and earned themselves tickets to play against FC Barcelona in the 2015 UCL Final. This is Jventus' first trip to the UCL Final since 2003.

Update on August 2012:
Juventus had been drawn into the same group for Champions League with Chelsea, Nordsjaelland and Shakhtar Donetsk.

Update on April 2012:
Juventus made it to 2012 Coppa Italia Final and would play against SSC Napoli on 20 May. Shop now and buy Juventus Coppa Italia final tickets.

The Guide to Juventus Tickets 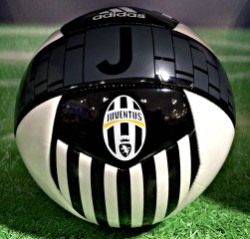 Juventus Football Club, known as Juventus and also called as Juve, an Italian professional football club based in Turin, Piedmont. Founded in 1897 and have spent every season in Serie A except the 2006–07 season since year 1929.

Juventus are one of the most successful teams in Italian football and also recognized in the world. The International Federation of Football History and Statistics (IFFHS) considered Juventus as the Italy's best club of the 20th century and the second most successful European club in the same period.

Overall, Juventus has won 51 official competitions, more than any other team in the country; 40 in the national First Division, which is also a record, and 11 in UEFA and world competitions. Juventus is the third most successful club in Europe and the sixth in the world, with the most international titles officially recognised by one of the six continental football confederations and FIFA.

Juventus is known as playing in white and black stripped shirts and white shorts at their home football stadium called Juventus Arena, and has a larger fan base than any other Italian club, and at 170 million, they also have one of the highest numbers of supporters world-wide. That's why Juventus tickets had been consistently strong in demand!

Find out about biglietti Juventus FC.