Here is upcoming Barclays Premier League fixtures (schedule) as below: 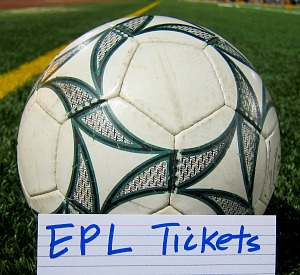 Price for the EPL football match tickets is shown in either GBP or EURO.

Founded in 1992, the English Premier League (EPL) is called the Barclays Premiership, one of the toughest football competitions and the most popular football events in the world, consisting of 20 English professional football clubs and world class individual players, such as Wayne Rooney, Didier Drogba, Fernando Torres, Steven Gerrard, Frank Lampard, Carlos Tevez, and many other talented players of clubs belonging to the English football league system.

If you are one of the most devoted Premier League fans, then you should definitely chase after your Premiership football tickets and attend the competition!

There four powerhouses out of 20 English football clubs are Arsenal FC, Chelsea FC, Liverpool FC, and Manchester United. It had been so amazing to witness four of them had dominated UK football since 2000.

Here are the brief facts of 20 big English football clubs as below:

Arsenal (Emirates Stadium) -- completed all 38 games without a single loss and won premier league championship in 2004.

Whatever you call EPL tickets or Premier League tickets, either tickets are still in very high demands in the sports ticket market in UK and Europe. Shop now and book this Premiership football match tickets online with PayPal MasterCard or credit card or debit card.