Here is upcoming France national soccer team schedule as below: 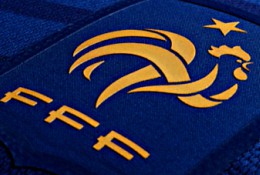 Note: There are no hidden booking fees, no service charges and no other fees but shipping charge which is sometimes free when self collection is available. Price for the France soccer match tickets is shown in either EURO or GBP.

Update December 2015: France had been drawn into the Euro 2016 Group A with Romania, Albania and Switzerland.

Update on January 2012:
France had been drawn into the same group of 2014 World Cup Qualifiers with Spain, Finland, Belarus and Georgia.

Update on December 2011:
France is drawn into the same group with England, Sweden and Ukraine.

The Guide to France Football Tickets

France is known as "Les Bleus", represents the nation of France in international football matches. The national team's traditional colors are blue, white and red, the colors of the national flag of France, known as idrapeau tricolore, and coq gaulois is the symbol of the team.

France football team are scheduled to play their home football matches at the Stade de France in Saint-Denis where they achieved the greatest glory by beating Brazil and winning the 1998 FIFA World Cup championship title.

SoccerTicketShop acts as an intermediary between buyers and ticket sellers (defined below) to facilitate the purchase and sale of French national soccer team tickets, and as such is not directly involved in the actual ticket sale transaction between the buyers and TICKET SELLERS. All sales are final. As tickets sold through this SITE are often obtained through the secondary market and prices are determined by the individual ticket seller, the prices for tickets may be above or below face value.