Here is upcoming Carabao Cup schedule (fixtures) as below: 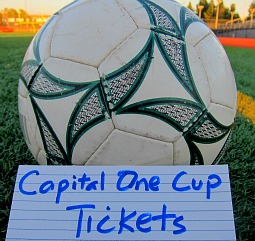 Prices for the English League Cup tickets is shown in GBP or EURO.

Note: There are no hidden booking fees, no service charges and no other fees but the shipping charge which is free when self collection is available.

Update on July 2017 - EFL Cup had been changed to Carabao Cup for sponsorship reason.

Update on August 2016 - Capital One Cup had been changed to EFL Cup under the English League Cup announcement.

Update on February 2012:
Did you watch 2012 Carling Cup final match? overall, this match had been so thrilling when it came to penalty shootout! All attendances inside Wembly stadium really got their money's worth!

The English League Cup final match is scheduled to be hosted at Wembley Stadium, London on either last Sat/Sun of February or first Sat/Sun of March.

CapitalOne Cup (COC), is used as the firm name that sponsored the English League Cup, this League Cup had been organised by English FA since 1960. There 20 Premier League football teams plus other football clubs under the official membership of the English FA are traditionally invited to participate in the League Cup competition, it is a single-game knockout competition until the semi-final round, 4 teams would play home-away football matches then only two survivors would be playing for the Carling cup final match at Wembley Stadium on either last Saturday of Feb or first Saturday of March every season. The winner of English League Cup would automatically qualify for UEFA Europa league competition.