Here is upcoming UCL schedule (fixtures) as below: 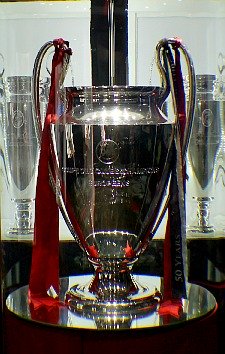 Price for the UCL tickets is shown in either GBP or EURO.

Update on August 2015:
Have you ever heard of FC Astana before?? This football club became the first team from Kazakhstan to qualify for the 2015-2016 European competition thru home-away playoffs in UEFA Champions League history.

Update on May 2013:
It was very interesting to find out (Bayern Munich vs BVB Dortmund) for the 2012-2013 UCL Final. It proved a lot of rapid improvements in Germen soccer level!

Update on April 2012:
What surprised you were both FC Barcelona and Real Madrid were knocked out, instead Chelsea FC and Bayern Munich earned their trip to the 2012 UEFA Champions League final in Munchen, Germany. 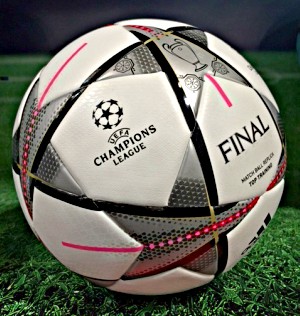 Champions League is known as former "European Cup", that's considered as the most important prize to every professional football club in Europe.

As of the end of 2013-2014 UCL season - List of European football clubs who have achieved the recorded number of UCL championship final matches as below:

If you want to shop for Champions League match tickets in another language, see below:

SoccerTicketShop acts as an intermediary between buyers and ticket sellers (defined below) to facilitate the purchase and sale of UCL football match tickets or European Cup ticket, and as such is not directly involved in the actual ticket sale transaction between the buyers and TICKET SELLERS. All sales are final. As tickets sold through this SITE are often obtained through the secondary market and prices are determined by the individual ticket seller, the prices for tickets may be above or below face value.