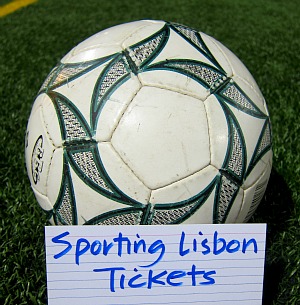 Update on August 2017:
SCP had been drawn into the same group with FCB, Juventus, and Olympiacos CFP.

The Guide to Sporting Lisbon Tickets

They current compete in Portuguese Liga at the Jose Alvalade Stadium.

They have won a total 18 Portuguese Liga Championship titles and total 15 Portuguese Cup titles. Also they have won UEFA Cup Winners' Cup (1964) and were the finalist of UEFA Europa League final (2006).

PayPal MasterCard or credit card or debit card is accepted for your soccer match ticket purchases.

SoccerTicketShop acts as an intermediary between buyers and ticket sellers (defined below) to facilitate the purchase and sale of Sporting Lissabon soccer match tickets, and as such is not directly involved in the actual ticket sale transaction between the buyers and TICKET SELLERS. All sales are final. As tickets sold through this SITE are often obtained through the secondary market and prices are determined by the individual ticket seller, the prices for tickets may be above or below face value.