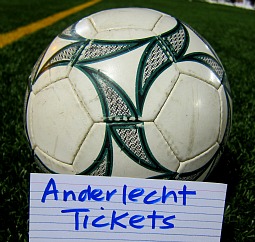 Price for the RCSA soccer match tickets for UEFA Champions League (UCL) or Europa is shown in either GBP or EURO.

Note: There no hidden booking fees, no service charges and no other fees but the shipping charge is sometimes free when self collection is available.

Update on August 2017:
RSC had been drawn into the same group with Celtic FC, Bayern Munich, and PSG.

Update on August 2013:
RSC Anderlecht had been drawn into the same group for Champions League with Benfica, PSG and Olympiakos.

Update on August 2012:
RSC Anderlecht had been drawn into the same group for Champions League with AC Milan, Zenit, and Malaga.

The Guide to RCS Anderlecht Tickets

Anderlecht is still one of the strongest soccer teams in Belgium based on won - loss records and European competition records.

Anderlecht have competed in UEFA Champions League matches (Playoff Round or Group) for 13 times in last 20 seasons.

As for Anderlecht tickets in French, visit Billets RSCA.

SoccerTicketShop acts as an intermediary between buyers and ticket sellers (defined below) to facilitate the purchase and sale of anderlecht football tickets, and as such is not directly involved in the actual ticket sale transaction between the buyers and TICKET SELLERS. All sales are final. As tickets sold through this SITE are often obtained through the secondary market and prices are determined by the individual ticket seller, the prices for tickets may be above or below face value.