FC Nantes tickets are available for sale. Price for the FCNA soccer match tickets is shown in EURO.

Here is upcoming FC Nantes schedule (timetable) as below: 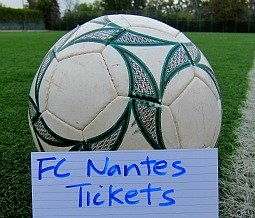 The Guide to FC Nantes Tickets

Nantes maintain great history where they developed the great players like Marcel Desailly, Didier Deschamps and Christian Karembeu out of their youth system.

Here is what Nantes have achieved their past glories as of 2012-2013 season below: