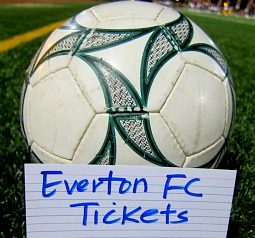 Price for the EFC football match tickets is shown in either GBP or EURO.

The Guide to Everton FC Tickets

Everton Football Club, founded in 1888, an English professional association football club from the city of Liverpool. The club competes in the Premier League, the highest level of English football. They have competed in the top division for a record 108 seasons, they have played more top-flight league games than any other English team and have won the League Championship nine times as well as won the FA Cup titles five times.

Everton's home venue is Goodison Park, it had been not easy for visiting teams who tried to win!