Womens World Cup soccer tickets are available for sale. Price for these WWC tickets in Canada is shown in USD. 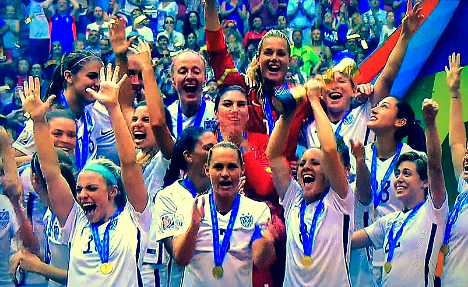 Here is a brief history of WWC tournament as below:

FIFA said there about 29 million women and girls playing football over the world, it is because soccer or football is naturally what both women and girls love to play and have fun on the field! If you have overweight problem or want to keep fit, just wear soccer gears and go out to play, soccer is a simple healthy sport!

If you are interested in Women's World Cup soccer tickets to Canada, please leave your name and your email address using the contact form, and you will be notified by e-mail whenever those tickets will be ready for sale.

SoccerTicketShop acts as an intermediary between buyers and ticket sellers (defined below) to facilitate the purchase and sale of WWC football tickets or international soccer match tickets, and as such is not directly involved in the actual ticket sale transaction between the buyers and TICKET SELLERS. All sales are final. As tickets sold through this SITE are often obtained through the secondary market and prices are determined by the individual ticket seller, the prices for tickets may be above or below face value.