Here is upcoming Watford FC match schedule as below: 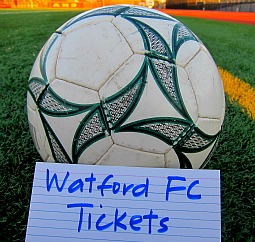 Note: Price for WFC tickets is shown in either GBP or EURO. There are no hidden booking fees, no service charges and no other fees but the shipping charge which is sometimes free when self collection is available. 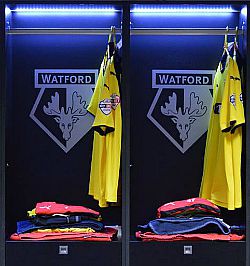 Watford Football Club (WFC), is one of the English professional football clubs is located in Watford town, Hertfordshire, found in 1881, that's one of the oldest football teams in England. The WFC's famous nickname is "The Horents",  "The Golden Boys" or "Yellow Army"; their current home football field is called Vicarage Road.

WFC's only achievements were second place in the 1983 English First Division League and finalist in the 1984 FA Cup.

Football tickets for WFC vs. EPL giants such as Arsenal, Manchester United, Man City, Liverpool FC, and Chelsea FC at the Vicarage Road should be in hot demands!

SoccerTicketShop acts as an intermediary between buyers and ticket sellers (defined below) to facilitate the purchase and sale of English soccer tickets, and as such is not directly involved in the actual ticket sale transaction between the buyers and TICKET SELLERS. All sales are final. As tickets sold through this SITE are often obtained through the secondary market and prices are determined by the individual ticket seller, the prices for tickets may be above or below face value.