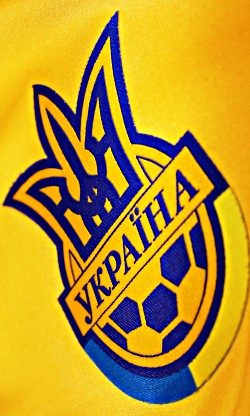 Note: Price for the Ukraine soccer tickets is shown in Euro. There are no hidden booking fees, no service charges and no other fees but the shipping charge which is sometimes free when self collection is available.

The Guide to Ukraine Football Tickets

The Ukraine national football team (YKPAIHA), is the national soccer team of Ukraine and is controlled by the Football Federation of Ukraine. After Ukrainian Independence and breakaway from the Soviet Union in 1991, they played their first international soccer match against Hungary on April 1992. Ukraine's biggest success is reaching the last eight at the 2006 FIFA World Cup tournament, this was also this national football team's appearance in the finals of a major championship.

As a co-host nation Ukraine is automatically qualified for Euro 2012 with another co-host nation Poland, this will be its debut in a European Football Championship.

The most important matches of the Ukrainian national soccer team are held in Kiev's Olimpiysky National Sports Complex.

SoccerTicketShop acts as an intermediary between buyers and ticket sellers (defined below) to facilitate the purchase and sale of Ukraine national football team tickets and as such is not directly involved in the actual ticket sale transaction between the buyers and TICKET SELLERS. All sales are final. As tickets sold through this SITE are often obtained through the secondary market and prices are determined by the individual ticket seller, the prices for tickets may be above or below face value.