Torino FC tickets are available for sale. Price for the TFC soccer match tickets is shown in EURO.

Here is upcoming Torino FC schedule as below: 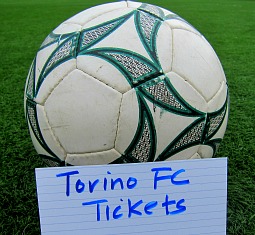 The Guide to Torino FC Tickets

Torino FC traditionally engages the "Derby della Mole" rivalry with crosstown archival Juventus. Every football match between Torino and Juventus always had been sold out and you'll experience very hot and intense atmosphere at the Stadio Olimpico.

Tickets for Torino FC vs. strong Serie A teams such as AC Milan or Inter Milan should be in very higher demands whenever they would come to the Stadio Olimpico!