The Guide to
Portland Timbers Tickets 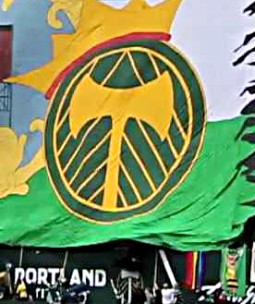 The Timbers are currently playing their home soccer matches for MLS, US Open Cup and CONCAFAF Champions League at the Providence Park in downtown Portland.

Since they have a very strong fan base in Oregon, that's why all tickets for every MLS soccer game at the Providence Park almost have been sold out!

If they make playoff, shop early for Timbers playoff tickets.

Browse MLS match schedule at this Providence Park or other soccer venues, shop early and secure your tickets for Portland Timbers

SoccerTicketShop acts as an intermediary between buyers and ticket sellers (defined below) to facilitate the purchase and sale of MLS tickets or Major League soccer tickets, and as such is not directly involved in the actual ticket sale transaction between the buyers and TICKET SELLERS. All sales are final. As tickets sold through this SITE are often obtained through the secondary market and prices are determined by the individual ticket seller, the prices for tickets may be above or below face value.