Note: Price for the MLS tickets is shown in USD.

The Guide to Montreal Impact Tickets 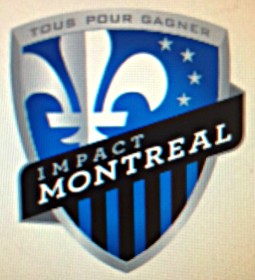 They are currently playing their home soccer matches for MLS and CONCAFAF Champions League at the Stade Saputo, Montreal.

The Impact used to engage long-history soccer rivalry with Toronto FC (TFC) before they joined MLS, Now both Impact and TFC are competing in MLS, these soccer matches between Impact and TFC should be more intersting because this Impact-TFC rivalry has intensified.

If they make playoff, shop early for Impact playoff tickets.

Check out this soccer match schedule at the Stade Saputo. Shop early and buy your Montreal Impact tickets

If you wish to shop for Impact soccer tickets in French, visit Billets de Montreal Impact.

SoccerTicketShop and OneMoreTickets act as an intermediary between buyers and ticket sellers (defined below) to facilitate the purchase and sale of Montreal Impact soccer match tickets or MLS ticket or Major League soccer tickets, and as such is not directly involved in the actual ticket sale transaction between the buyers and TICKET SELLERS. All sales are final. As tickets sold through this SITE are often obtained through the secondary market and prices are determined by the individual ticket seller, the prices for tickets may be above or below face value.