Manchester Derby tickets for Man United vs. Man City will be one of the hottest football tickets at either Old Trafford or Etihad Stadium in England, U.K. whether it will be for the football matches like Premier League or FA Cup or Carling Cup.

Update on May 2012:
Manchester derby for first place in the Premier League football averaged more than one million TV viewers in the United States based on ESPNFC statement, that's so interesting! 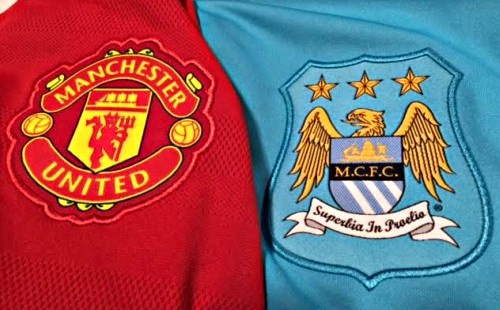 As the crosstown rivalry football match between MUFC and MCFC would start, they usually show lot of stakes and also their passions and emotions are so high!

If you have tickets for this football match, you'll be enjoying feeling the atmosphere of a thrilling and passionate competition between Manchester  United and Manchester City!  If not, shop now and buy Man City vs Man Utd tickets online!

Price for this popular football match tickets is shown in either GBP or Euro.

For more details on Manchester Derby.

SoccerTicketShop acts as an intermediary between buyers and ticket sellers (defined below) to facilitate the purchase and sale of Utd vs City tickets, and as such is not directly involved in the actual ticket sale transaction between the buyers and TICKET SELLERS. All sales are final. As tickets sold through this SITE are often obtained through the secondary market and prices are determined by the individual ticket seller, the prices for tickets may be above or below face value.