The Guide to LAFC Tickets

LAFC tickets are available on sale. Price for the Los Angeles FC soccer tickets is shown in USD. 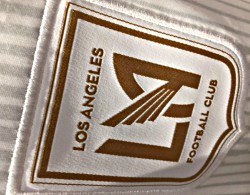 LAFC is known as Los Angeles FC, the professional soccer club based in City of L.A., which competes in Major League Soccer (MLS), the top professional soccer league in the United States and Canada. LAFC just joined MLS prior to the 2018 season. There are some great young players who are from Portugal, Uruguay, Argentina, and even Serbia.

They are currently playing home soccer matches for MLS and International competition such as CONCACAF Champions League at the Banc of California Stadium. Their home soccer field is located next to L.A. Memorial Colisum inside the Exposition Park.

It should be an interesting soccer rivalry between LAFC and their crosstown rival L.A. Galaxy for a long time..

Browse their match schedule and grab LAFC tickets ahead of time.

If they make playoff, shop early for LAFC playoff tickets.