Here is upcoming Italy national soccer team schedule as below: 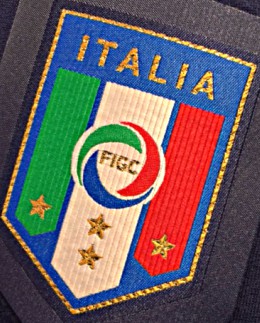 Note: Price for Italia international soccer match tickets is shown in EURO or GBP.  There are no hidden booking fees, no service charges and no other fees but the shipping charge which is sometimes free when self collection is available.

Update on January 2012:
Italia is drawn into the same group of 2014 FIFA World Cup qualifiers with Czech, Denmark, Bulgaria, Armenia and Malta.

Update on December 2009: Italia is drawn into the same group of Euro 2012 qualifiers with Serbia, Slovenia, North Ireland, Estonia and Faroe Islands.

The Guide to Italy Football Tickets

Italia national soccer team, represents Italy in association football and is controlled by the Italian Football Federation (FIGC), the governing body for football in Italy. Italy is the second most successful national team in the history of the World Cup having won four titles (1934, 1938, 1982, 2006), just one fewer than Brazil. They added one European championship (1968), one Olympic football tournament (1936) and two Central European International Cups. Italy are considered to be one of the best teams in international football.

As for Italy football tickets in another languages -- Find out about biglietti Italia nazionale di calcio (Italian), and Italien fussballtickets (German).

SoccerTicketShop acts as an intermediary between buyers and ticket sellers (defined below) to facilitate the purchase and sale of Italia national team football tickets, and as such is not directly involved in the actual ticket sale transaction between the buyers and TICKET SELLERS. All sales are final. As tickets sold through this SITE are often obtained through the secondary market and prices are determined by the individual ticket seller, the prices for tickets may be above or below face value.