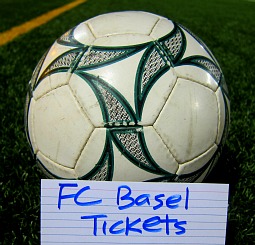 Price for the FC Basel football match tickets is shown in EURO.

Update on August 2017:
FC Basel had been drawn into the same group with Manchester United, Benfica, and CSKA Moscow.

Update on August 2013:
FC Basel had been drawn into the same group with Chelsea FC, Schalke 04 and Steaua Bucharest.

The Guide to FC Basel Tickets

Fussball Club Basel 1893, generally known as FC Basel,  one of Swiss professional football clubs based in Basel. They are one of the most successful clubs in Swiss football, having won the Swiss Super League 14 times, the third most for any Swiss club. They were most successful in the late 1960s and 1970s, winning the title a total of seven times between 1967 and 1980. The 1980s saw hard times for Basel as they had an absence from European competition for many years and they were relegated in 1987. In the 2000s Basel returned to the top of Swiss football; winning their first title for 22 years in 2002 and another five titles in 2004, 2005, 2008, 2010, and 2011.