Here is upcoming Aston Villa FC schedule (fixtures) as below: 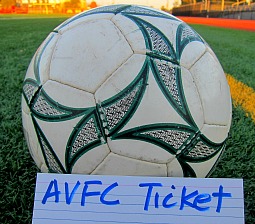 Price for the AVFC football match tickets is shown in either GBP or EURO.

Aston Villa are one of the oldest and most successful football clubs in England, having won the First Division Championship seven times and the FA Cup seven times. Villa also won the 1981–82 UEFA Champions League title (former European Cup), one of only four English clubs to win what is now the UEFA Champions League. Aston Villa has the fourth highest total of major honours won by an English club.

Aston Villa's current home venue is Villa Park since 1897, which is a UEFA 5-star rated stadium.

SoccerTicketShop acts as an intermediary between buyers and ticket sellers (defined below) to facilitate the purchase and sale of Aston Villa football match tickets, and as such is not directly involved in the actual ticket sale transaction between the buyers and TICKET SELLERS. All sales are final. As tickets sold through this SITE are often obtained through the secondary market and prices are determined by the individual ticket seller, the prices for tickets may be above or below face value.