AS Monaco tickets are available for sale. 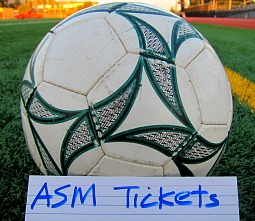 Price for the ASM soccer match tickets is shown in either EURO or GBP.

Update on August 2017:
ASM had been drawn into the same group for Champions League with FC Porto, Besiktas, and RB Leizig.

The Guide to AS Monaco Tickets

Association Sportive de Monaco Football Club, known as either Monaco or ASM, one of the French professional football club based in Monaco, which is so close to the most popular tourist vacation spot named Nice in Southern France. Founded in 1924, AS Monaco currently hosts their home football matches at the Stade Louis II in Fontvieille.

Monaco has great history where the great footballers such like Thierry Henry, Emmanuel Petit, Lillian Thuram, Glenn Hoddle, George Weah and even Jurgen Klinsmann who had been playing for this football club. Also, Arsene Wenger and Didier Deschamps were former managers of this football club.

Monaco currently engages strong soccer rivalries with both Olympique Marseille and AS Nice.

Here is what Monaco have achieved their successes as below: