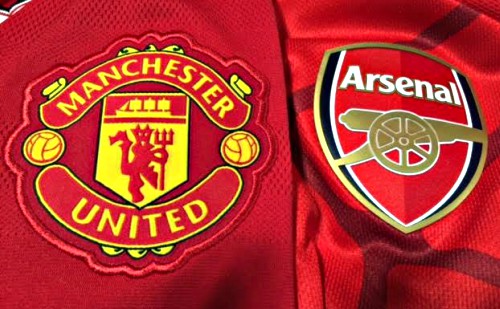 This football match ticket (Manchester United vs. Arsenal) is really one of the most highly-demanded football tickets in United Kingdom no matter it is Premier League or FA Cup or UEFA Champions League match!

Every football match (Man U vs. Arsenal) had been "archrival" competitive and passionate during late 1990s and middle 2000s.

If you have tickets for this football match, you'll be enjoying feeling the atmosphere of a thrilling competition between Arsenal FC and Man Utd at either Old Trafford or Emirates Stadium!

Prices for this popular football match tickets is shown in either GBP or EURO. There are no hidden booking fees, no service charges and no other fees but the shipping charge which is sometimes free when self collection is available.

Of course, PayPal MasterCard, other credit card or debit card is accepted for Arsenal vs MUFC football match ticket purchases.