The Guide to Arsenal Liverpool Tickets

ARSENAL LIVERPOOL TICKETS for Arsenal FC vs Liverpool FC will be one of the hottest football tickets at either Anfield Road or Emirates Stadium in England, U.K. whether it will be for the football matches like Premier League (EPL) or FA Cup or Carling Cup or even Champions League (UCL).

* Arsenal vs Liverpool at the Emirates Stadium.
* Liverpool vs Arsenal at the Anfield Road. 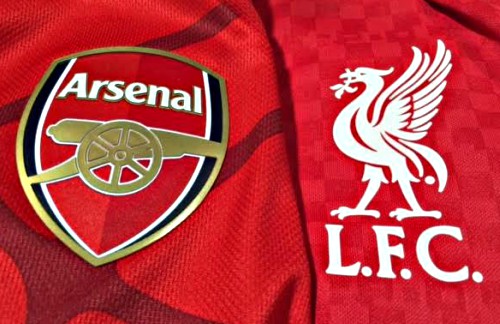 Note: Price for this popular football match tickets is shown in either British pounds (GBP) or EURO.

The most thrilling 2001 FA Cup Final was where Michael Owen scored a winning goal for Liverpool to beat Arsenal 2-1.

If you have tickets for this football match, you'll be enjoying feeling the atmosphere of a thrilling and passionate competition between Arsenal FC and LFC!

SoccerTicketShop acts as an intermediary between buyers and ticket sellers (defined below) to facilitate the purchase and sale of football match tickets for Arsenal FC vs Liverpool FC, and as such is not directly involved in the actual ticket sale transaction between the buyers and TICKET SELLERS. All sales are final. As tickets sold through this SITE are often obtained through the secondary market and prices are determined by the individual ticket seller, the prices for tickets may be above or below face value.