Here is upcoming Albania national soccer team schedule as below: 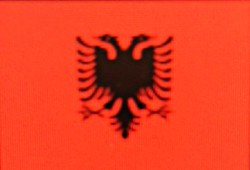 Note: Price for the FSHF soccer match tickets is shown in either EURO or GBP.

Update December 2015 -- Albania had been drawn into the Euro 2016 Group A with France, Romania and Switzerland.

The Guide to Albania Football Tickets

They had been competing in both FIFA World Cup and UEFA European Championship qualification matches since 1966.

The most exciting new was Albania finally qualified for Euro 2016 tournament, that was first time in this Country's football history. It is because they had been very lucky to earn 3 points off Serbia's home match since Serbia fans invaded the pitch and attacked some of Albania players.

If you're one of passionate Albania fans, don't miss it out, it's really once-in-a-lifetime opportunity! Shop early and purchase your football match tickets online, because you know it would not easy for your team to qualify for next major tournament.

Of course, PayPal MasterCard or other credit card or debit card is accepted for your event ticket purchases.

SoccerTicketShop acts as an intermediary between buyers and ticket sellers (defined below) to facilitate the purchase and sale of international football match tickets, and as such is not directly involved in the actual ticket sale transaction between the buyers and TICKET SELLERS. All sales are final. As tickets sold through this SITE are often obtained through the secondary market and prices are determined by the individual ticket seller, the prices for tickets may be above or below face value.